If you’ve seen the recent movie The Darkest Hour, for which Gary Oldman won the Academy Award for Best Actor for his depiction of British Prime Minister Winston Churchill during World War II, you’ll know that some of the pivotal scenes take place underground, in what were called the Cabinet War Rooms.

This warren of rooms is located underground, below a government building just a few blocks from the Parliament building, in Westminster. It was the command center for the British armed services from 1939 to March 1945, when the German bombing ended.

The rooms were left virtually untouched after the war, and were only viewed by select people upon application, until the site was opened to the public in 1984.

A museum about Winston Churchill’s life was subsequently developed adjacent to the war rooms and it opened in 2005. The overall site is now called the Churchill War Rooms.

The rooms are set up the way they would have looked during their wartime use. There’s the Cabinet Room, where Churchill met with his staff, rooms for typists, who used “noiseless” typewriters because of Churchill’s aversion to loud noises, Churchill’s dining room and bedroom, and the transatlantic telephone room, disguised as a toilet, where Churchill spoke in private to President Roosevelt.

Particularly compelling is the “Map Room.” The walls are still covered with yellowed maps that show enemy and allied troop lines and movements, using pushpins. The space is said to remain exactly as it was left “on the day the lights were switched off in 1945.”

The different colored telephones that connected commanders to vital links in the outside world sit in a row, in their original locations. The mannequins are chillingly lifelike.

The Churchill Museum provides great insight into the statesman, including his often mercurial demeanor and his ability to inspire with soaring oratory. There are evocative images on display, as well as recordings of Churchill speaking, including portions of the famous “Blood, Toil, Tears and Sweat” speech, delivered to the House of Commons on May 13, 1940.

Many of Churchill’s personal items are on display, including clothing like his Bowker hat, a bow tie and a zip-up suit. 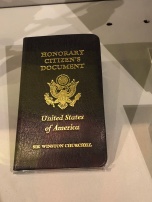 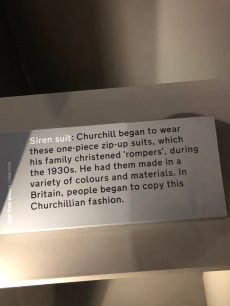 Churchill was well known for his avocation of painting, and that side of him is reflected in the exhibits. 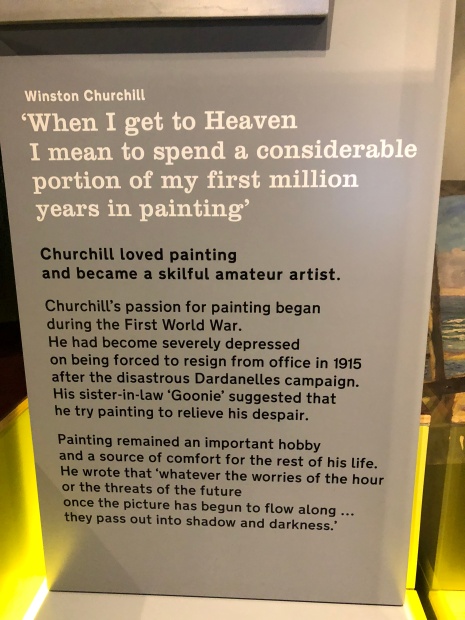 For information on tickets and open times, go to the Imperial War Museums website at  iwm.org.uk and click on Churchill War Rooms. Or just click on the link here.