For nearly 35 years my closest friend from childhood, who now lives in New York State’s Dutchess County, has rented a place on the Massachusetts island of Martha’s Vineyard for an August getaway. She has been generous in her invitations to me to stay with her, and I’ve been blessed to spend time there. This summer, 2020, because of the Covid-19 pandemic, all of her plans, and mine, were cancelled because of concerns of being in crowded spaces in a place that attracts visitors from across the world.

END_OF_DOCUMENT_TOKEN_TO_BE_REPLACED 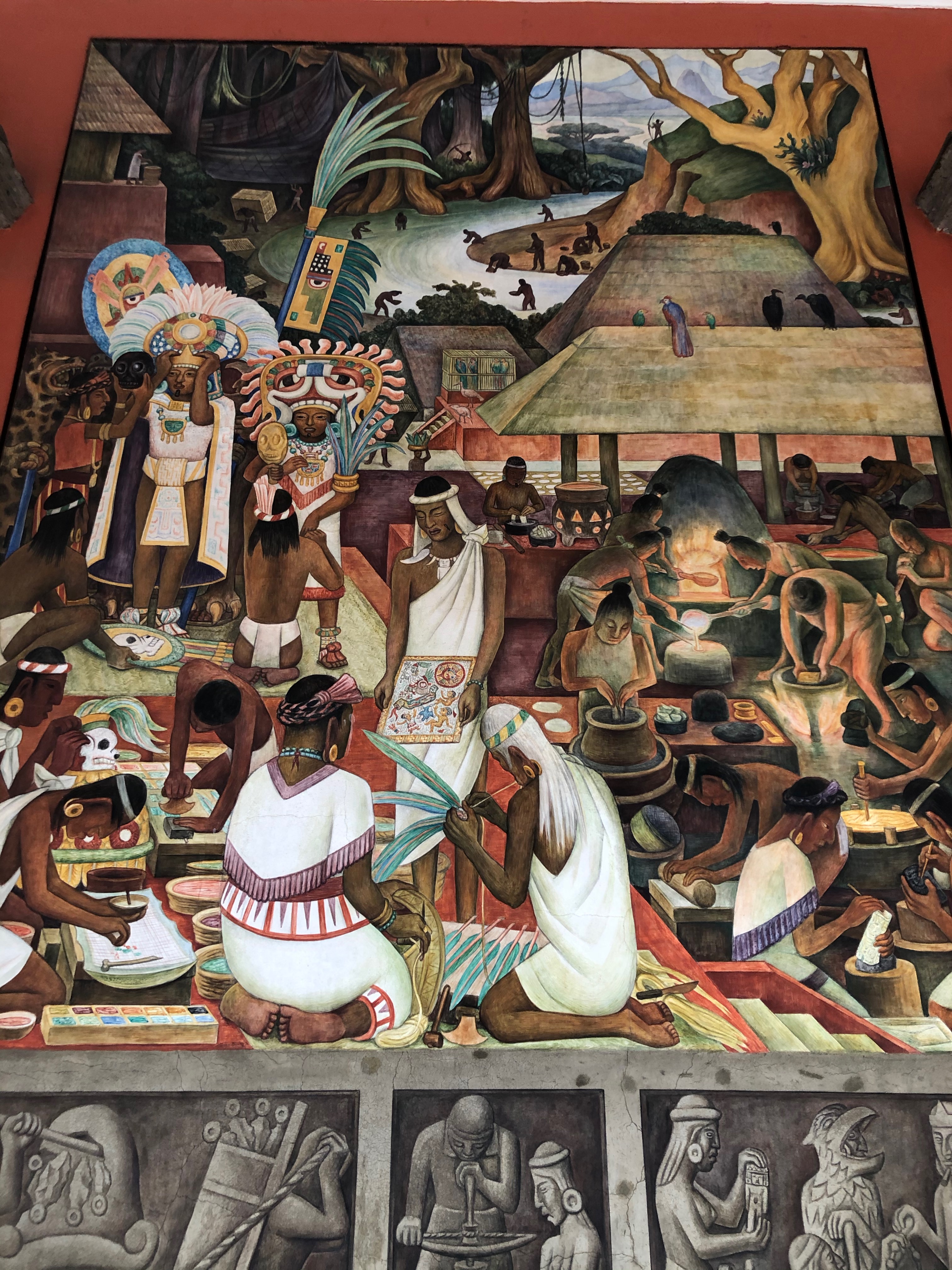 Following up on my post about Frida Kahlo’s home in Mexico City, La Casa Azul, I’d like to share photos I took of the murals painted on walls in the Mexican National Palace by Diego Rivera, Frida’s husband.

END_OF_DOCUMENT_TOKEN_TO_BE_REPLACED

I know there’s no shortage of people ruminating on the Web about being stuck at home and the various ways they are trying to cope during the Covid-19 shutdown. I am intensely grateful that I can do my work for our business from home, I don’t often have to venture into public places, and I don’t have young children at home who need help with schoolwork! Above all, I am thankful that most of my friends and family seem to be healthy and weathering the storm.

The line up on our kitchen counter. Grateful to have a can of Lysol spray.

But since we can’t physically travel, and are pretty much confined at home, I haven’t published an article on my blog since January, when I wrote about our visit to Frida Kahlo’s home in Mexico City. So even though I can’t share some wonderful destination, I can share what’s been happening in my house in northern New York State.

END_OF_DOCUMENT_TOKEN_TO_BE_REPLACED

One of my “blogger friends,” Janet Simmonds, who publishes an elegant blog called The Educated Traveller, recently posted fascinating material about the origin of the word “quarantine.”

Janet splits her time between her native England and Italy, primarily Venice. She explains that beginning in the 14th century, various “plagues” arrived in Venice, decimating the population. In the early 16th century, the Venetians set aside an island in the lagoon where arriving ships would be isolated for forty days, which was the length of separation believed to be necessary to be prevent the spread of disease through the population. The Italian word for forty is “quaranta.”

I hope you will give Janet’s blog a read. Here is the link to her fascinating article entitled Venice — Health, Quarantine and Santa Maria Della Salute.

In early January, we made a visit to the home of famed Latin American artist Frida Kahlo (1907-1954), in Mexico City. Also called La Casa Azul (“The Blue House”), the property is operated as Museo Frida Kahlo, and much of the home has been left furnished as it was when the artist died. Judging by the crowds, and the difficulty of obtaining tickets, I would say this is a pilgrimage for fans of the artist. 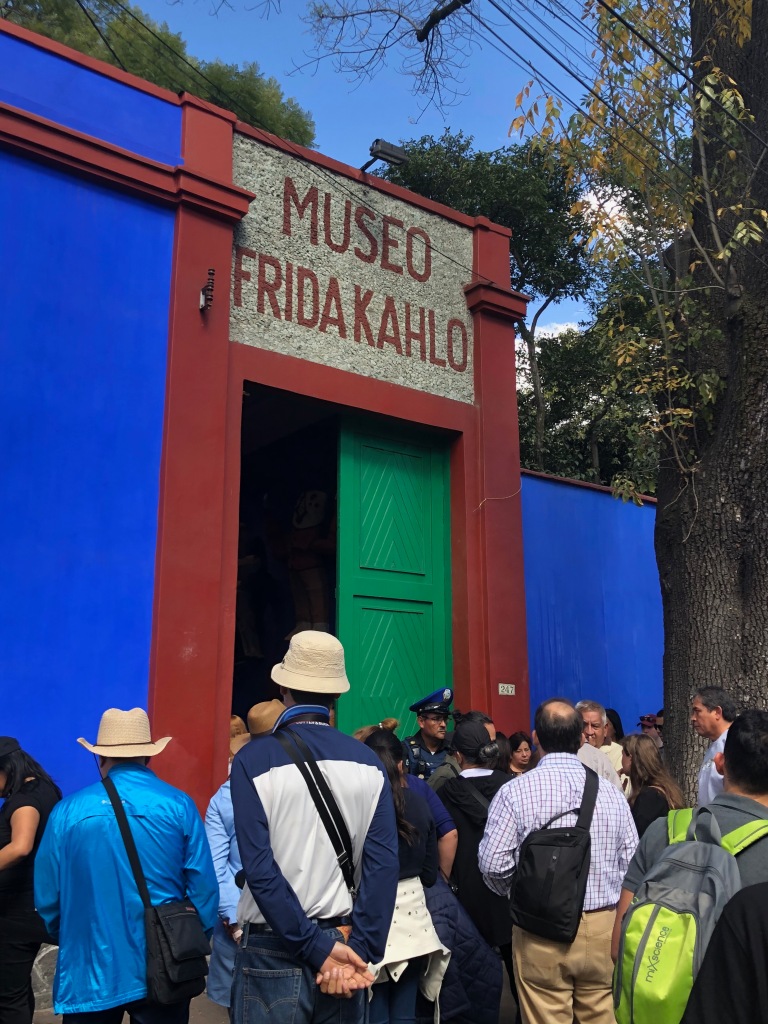 END_OF_DOCUMENT_TOKEN_TO_BE_REPLACED

This fall, my husband and I had the great fortune to stay at Middlethorpe Hall, one of three National Trust UK’s country house hotels. Middllethorpe Hall is just a few miles outside of downtown York; the other two National Trust hotels are located in North Wales and Aylesbury, the latter being about an hour from London. All three hotels were acquired by the National Trust by donation.

END_OF_DOCUMENT_TOKEN_TO_BE_REPLACED

I recently managed a quick, two-night, mid-week, pre-Christmas getaway with my best friend at the historic Red Lion Inn in Stockbridge, Mass., in the heart of the Berkshires. The Inn is shown at the right of this 1967 illustration done for McCall’s magazine by Norman Rockwell, titled Home for Christmas (Stockbridge Main Street at Christmas). Rockwell’s own South Street home appears at the far right.

END_OF_DOCUMENT_TOKEN_TO_BE_REPLACED

This September, I had the privilege of spending a week in Oxford, England, while taking a course on the history of the British/American relationship. The program was a collaboration between the University of Virginia and Oxford University.

END_OF_DOCUMENT_TOKEN_TO_BE_REPLACED

A newly-opened exhibit at the Old Fort House in Fort Edward highlights significant objects and paintings in the collection, and reveals some surprising information tied to those objects. Click here for the museum’s Web site.

“A Century of Collecting: Treasures from the Old Fort House” was researched by guest curator Jillian Mulder, who serves as curator of the Chapman Historical Museum in Glens Falls.

“I’m hoping that people recognize that Fort Edward has this terrific collection,” says Ms. Mulder. “Go see it. Take some pride in it. It’s worth valuing.”

END_OF_DOCUMENT_TOKEN_TO_BE_REPLACED

This lifestyle and travel blog is an offshoot of a much larger tree— Lone Oak Publishing Co., Inc., and our family-owned Chronicle Newspaper in Glens Falls, NY, which celebrates its 40th anniversary of publishing on September 2, 2020. Please pick up your own print copy of The Chronicle and also check out the great content at our Chronicle Web site — glensfallschronicle.com.