Last Sunday, we headed out to Gardenworks Farm, in Salem, NY, to visit with our good friends and the farm’s owners, Meg and Rob Southerland, and to select our Christmas tree. It was just like old times, piling into the car with our two sons, worried about whether our younger son would feel car sick on the drive over hill and dale to get to the farm. Surprise — our “boys” are now in their mid-twenties, having returned home during the pandemic to work from our home, yet both were enthusiastic about accompanying my husband and me on our tree venture — and no one got car sick! Indeed, I had hoped to go to the farm a few days earlier, but my sons complained that their work schedules didn’t allow them to go then, and how could I even consider not including them in such a classic family tradition?

END_OF_DOCUMENT_TOKEN_TO_BE_REPLACED 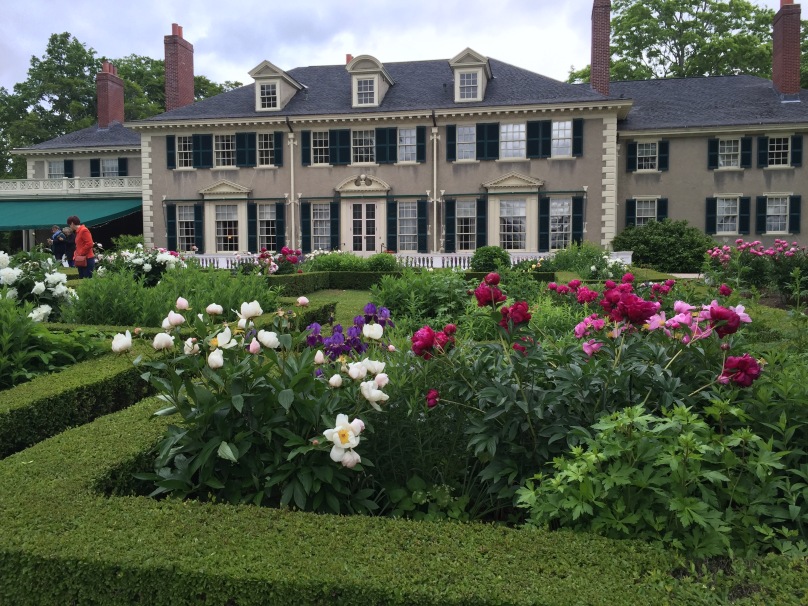 END_OF_DOCUMENT_TOKEN_TO_BE_REPLACED

I know there’s no shortage of people ruminating on the Web about being stuck at home and the various ways they are trying to cope during the Covid-19 shutdown. I am intensely grateful that I can do my work for our business from home, I don’t often have to venture into public places, and I don’t have young children at home who need help with schoolwork! Above all, I am thankful that most of my friends and family seem to be healthy and weathering the storm. 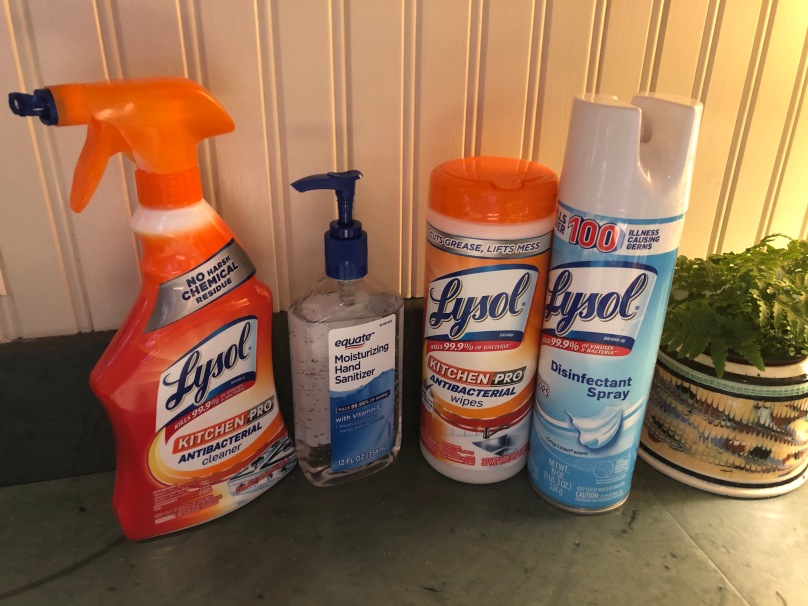 The line up on our kitchen counter. Grateful to have a can of Lysol spray.

But since we can’t physically travel, and are pretty much confined at home, I haven’t published an article on my blog since January, when I wrote about our visit to Frida Kahlo’s home in Mexico City. So even though I can’t share some wonderful destination, I can share what’s been happening in my house in northern New York State.

END_OF_DOCUMENT_TOKEN_TO_BE_REPLACED

One of my favorite events anywhere, Virginia Historic Garden Week, the oldest house and garden tour in the United States, takes place this year from April 27 through May 4, throughout the Commonwealth of Virginia. Multiple private homes and gardens are open to visitors, with the purchase of tickets. The 31 tours are organized and hosted by 47 member clubs of the Garden Club of Virginia. Click here to access a PDF of this year’s tour book.

END_OF_DOCUMENT_TOKEN_TO_BE_REPLACED

Early this spring, I attended an auction in Washington County, New York, with the intention of bidding on a Federal mahogany console table for my front hall. While at the preview, I noticed a shelf with several clocks that were to be included in the auction later that evening.

END_OF_DOCUMENT_TOKEN_TO_BE_REPLACED

In 2001, when the food historians at the National Museum of American History in Washington, D.C. learned that famous chef, TV personality and cookbook author Julia Child (1912-2004) was selling her home in Cambridge, Mass. and moving back to her home state of California, they contacted her to discuss the possibility of including some of her culinary objects in the museum’s collection. They were invited to visit Ms. Child in Cambridge, and she agreed to donate the entirety of her kitchen to the museum — literally every object that she had collected and used in her kitchen from the late 1940s, through 2001, including appliances, pots and pans, cookbooks on the shelf, even the magnets on the fridge.

The signage says the only things the museum added are the plastic tomatoes (in the trug) and bananas in the bowl on the table. Also, the museum recreated the linoleum floor from Ms. Child’s kitchen out of paper.

END_OF_DOCUMENT_TOKEN_TO_BE_REPLACED

Near Kendal, in Cumbria, on the southern edge of England’s Lake District, lies Levens Hall, with its extensive topiary garden, said to be the oldest and most extensive garden of its type in the world.

Levens Hall itself is still a private residence, home to the Bagot family, but it and the surrounding gardens are open to the public (for a fee) from spring to fall. Photographs are not permitted inside the home, so unfortunately, I have none to share. The original home was built circa 1250 to 1300, and subsequent additions turned it into the sprawling manor house that visitors see today.

END_OF_DOCUMENT_TOKEN_TO_BE_REPLACED 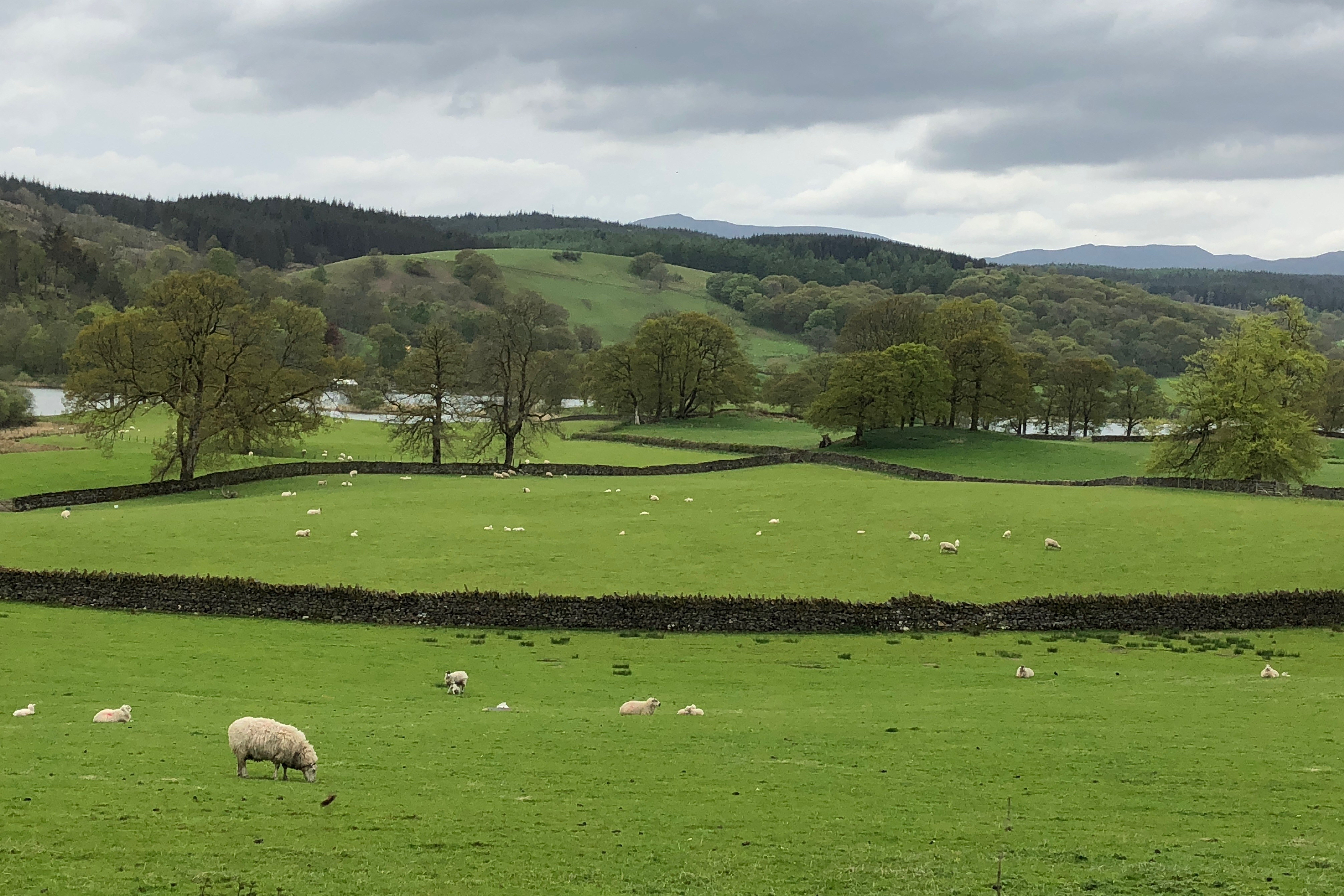 Many people know of Beatrix Potter, the English writer and illustrator, because of her series of beloved children’s books about Peter Rabbit and his friends.

But Miss Potter (1866-1943), later known as Mrs. Heelis, was far more than a genteel Victorian lady who penned stories about woodland creatures like bunnies and hedgehogs and painted charming watercolors of them wearing human clothing. She was a naturalist, a conservationist, a scientist (a mycologist, to be exact), a visionary merchandiser of her products, a farmer who raised Herdwick sheep, and a far-sighted land preservationist.

END_OF_DOCUMENT_TOKEN_TO_BE_REPLACED

At Morven, in Albemarle County, Virginia

If your interests run to historic homes and gardens, I urge you to request some vacation days, board your pooch or kitties, fire up your GPS and head to the beautiful Commonwealth of Virginia during the last week of April to take in some of the tours offered during Historic Garden Week. Now in its 85th year, Historic Garden Week is organized by the Garden Club of Virginia and offers tours in various communities over the course of eight days, providing glimpses into homes, buildings and gardens across the commonwealth, most of which are normally not open to the public.

END_OF_DOCUMENT_TOKEN_TO_BE_REPLACED

I’d bet that nearly everyone reading this can recite, item by item, every single dish served at their family’s Thanksgiving table while growing up. The Thanksgiving menu is pretty much inviolate. Even the slightest change is noticed by all. I think I still remember the year my mother started adding apples to her stuffing.

Getting the place cards ready—Pilgrims ready to be labeled, along with their flock! The turkey cards are from Caspari. (See my post from 8/16/16 about Caspari.)