If you’re really looking for a day away from your 21st century demands, technology and chatter, take a drive out to  Hebron, NY, in bucolic Washington County. At 1117 Chamberlin Mills Road, our dear friends Sally and Joe Brillon sell used books and an assortment of antiques in their 18th century barn, which just happens to be adjacent to their impeccably restored 1786 home. Click here for a link to the 1786 Wilson Homestead Facebook page.

Sally and Joe Brillon have converted a barn at their 1786 Wilson Homestead in Hebron, NY, into a shop chock-full of old books and antiques.

While the book browser will find some fiction among the stacks, the shop’s focus is decidedly non-fiction. Indeed, Sally describes the shop as offering “non-fiction for the curious.” I can literally spend hours thumbing through the books, especially since Sally and I are drawn to similar themes— American and regional history; art, design and architecture; cooking; England and the British Isles; and descriptions of distant lands. It was at the Wilson Homestead where I found books on the history of Petra, in Jordan, before my family visited there earlier this year.

The shop includes an assortment of antiques, including framed prints, small furniture items, hand-woven antique coverlets, ceramics and hand-forged iron items. The Brillons also offer a selection of  architectural salvage pieces they’ve acquired during their restoration projects, in a separate part of the barn. 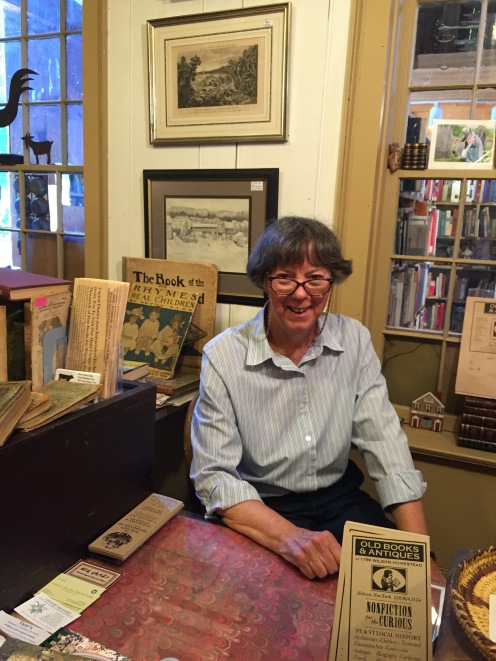 Sally Brillon loves interacting with book browsers at her atmospheric shop. She will insist you have a homemade cookie.

END_OF_DOCUMENT_TOKEN_TO_BE_REPLACED

I’m always looking for interesting places to walk our dogs that don’t involve being close to road traffic. Our younger dog, Maggie, is particularly sensitive to the low rumble of certain vehicles, like those little mail vans and the brown UPS trucks. When they pass, she turns into a whirling dervish dog, sometimes levitated, and only constrained by our firm grip on the leash attached to her harness. It’s not fun.

There are some enticing paths and byways in our region that provide a nice change to your basic around-the-neighborhood walk with your dog, and which actually welcome people with dogs. Some of them even offer dog waste bags and receptacles to encourage proper clean up and disposal. (Please remember that dogs are not allowed on the Warren County Bikeway that runs from Glens Falls to Lake George!)

Here are several of our top dog-friendly walks/hikes:

Our family favorite? The trails at Moreau Lake State Park. 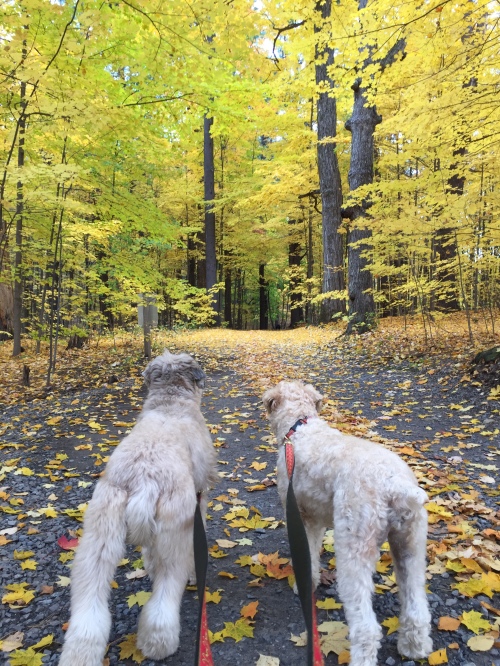 The park is located close to Exit 17 of the Adirondack Northway— exiting the Northway, go south on Route 9, and a few hundred yards off the Northway, turn onto Old Saratoga Road. The park entrance is about a half mile up that road, on your right. For mapping purposes: 605 Old Saratoga Road, Gansevoort, N. Y.

END_OF_DOCUMENT_TOKEN_TO_BE_REPLACED

Originally founded to import Christmas cards designed by European artists, Caspari, Inc. is known for its extensive line of beautiful, artful paper products. The range — paper plates, napkins, place cards, gift bags and wrapping paper, placemats, picture frames — are sold in fine stores worldwide. Caspari opened its first boutique in 2001 in Paris, and then in 2005, another in Charlottesville, Va., in the heart of the downtown shopping district.

It’s one of my favorite shopping destinations. 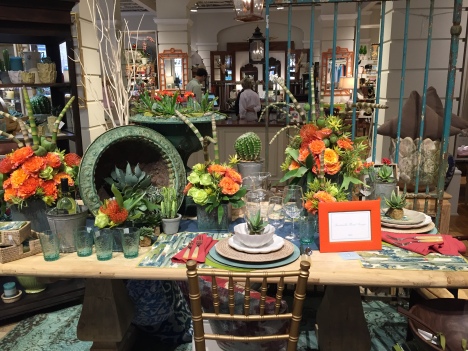 Not only does the Charlottesville store carry the extensive line of Caspari paper products, but it is a treasure trove of beautiful decorative pieces for the home, such as dishes and glassware, pottery and garden-themed items (often British-made). And most wonderful of all is the way the items are displayed — in table settings and vignettes, always with floral arrangements (real and artificial), that offer a smorgasbord of ideas for creating tablescapes at home. Who knew paper plates and napkins could be so rich in color and design?

END_OF_DOCUMENT_TOKEN_TO_BE_REPLACED

When I learned that there was going to be an event this summer to celebrate Beatrix Potter’s 150th birthday in Brewster, Mass., on Cape Cod, I was intrigued. But when I learned that the keynote speaker would be Susan Branch, a writer and artist I’ve long followed, I knew I had to go. When I ordered my tickets online, I saw that I had nabbed the last two remaining seats.

Many people know of Beatrix Potter, the English writer and illustrator, because of her series of beloved children’s books about Peter Rabbit and his friends. But Beatrix (1866-1943) was far more than a genteel Victorian lady who penned stories about woodland creatures like bunnies and hedgehogs and painted charming watercolors of them wearing clothing. She was a naturalist, a conservationist, a scientist, a farmer who raised Herdwick sheep, and a far-sighted land preservationist.

Starting with her purchase of Hill Top Farm in England’s Lake District when she was 39 years old, she began acquiring neighboring farms and ultimately owned 15 farms comprising more than 4000 acres, nearly all of which she left to the National Trust upon her death. It is she who is credited with preserving most of the land that now makes up England’s Lake District National Park.

I’ve also long been an admirer of Susan Branch, also a writer and watercolor artist, who has published numerous best-selling cookbooks, as well as a three-part memoir series.

Susan’s 2013 memoir, A Fine Romance — Falling in love with the English Countryside, includes a detailed description of her visit to the Lake District and Hill Top Farm, which was practically a spiritual experience for Susan, who is a huge Beatrix Potter fan.