It’s getting to be that time of year when we start visiting garden centers and choosing annuals to fill our outdoor containers. (I say “start,” since in our neck of the woods, a frost is still a distinct possibility.) When I drive by my favorite nurseries, my car practically turns itself into the driveways!

I’ve been lucky to make a number of visits to both Charleston, South Carolina (where one of my best friends lives, fortunately for me) and Savannah, Georgia. Both cities have large historic districts, gas-lit street lights and house lanterns, and lovely gardens. One of the things that has struck me, particularly in Charleston, is the extensive use of beautifully planted window boxes.

Here’s a sampling of some of the window boxes I have spotted in both cities: 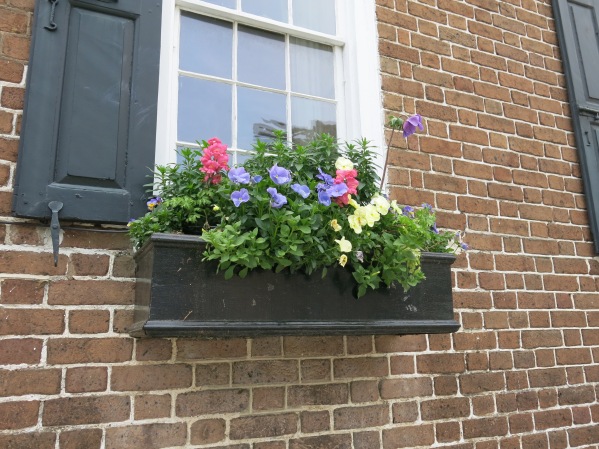 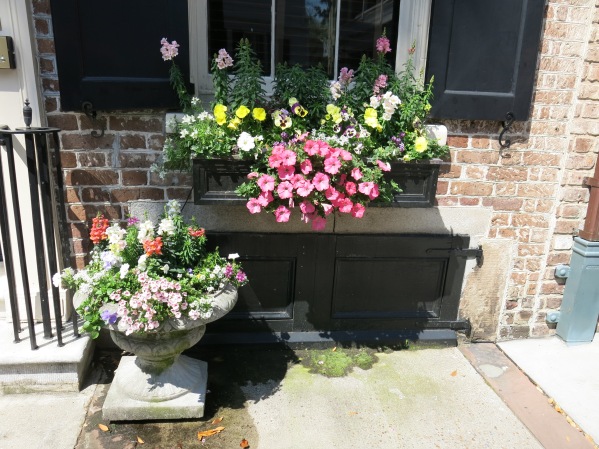 Ok, technically not under a window, but who could argue about a basket of hydrangea blooms on your front stoop?

A hayrack mounted on one of Charleston’s beautiful wrought iron gates.

I just can’t resist sharing this panoramic of the Angel Oak, on Johns Island, just outside the city of Charleston. This Southern live oak tree (Quercus virginiana) is said to be more than 400 years old. Entrance to the city-owned park is free. It’s open from 9 am to 5 pm Monday through Saturday, and 1 pm to 5 pm on Sundays. The vertical poles seen in the photo are supporting the branches. No climbing allowed!

Back in northern New York, I have several hayracks that I purchased from Kinsman & Co., that can be mounted under a window, or on deck railings. Click here for a link to see Kinsman’s hayracks on its Web site. I line the hayracks with sphagnum moss instead of coco liners because I like the look of the moss spilling out through the bars. 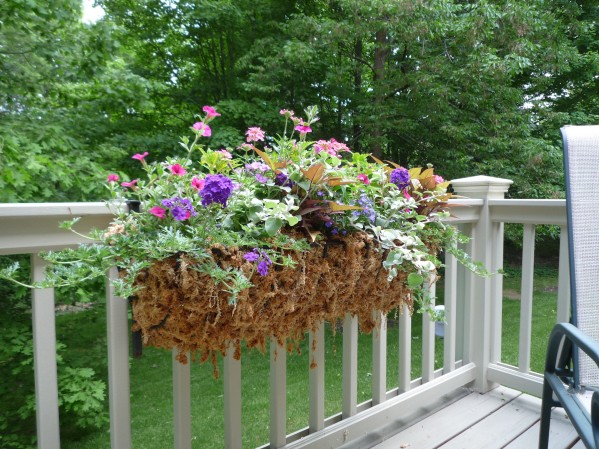 If you like garden tours, I highly recommend the annual Festival of Houses and Gardens put on by the Historic Charleston Foundation each spring. Tours of homes and gardens, as well as special events, are spread out over a five-week period from mid-March to the end of April. Here’s a link to the Web site. Tours of private homes and gardens are grouped by neighborhoods on specific days. Trust me, it’s worth a trip to Charleston to participate in this event.

Savannah has its own house and garden tour in March, sponsored by Historic Savannah Foundation. Here’s a link to the Web site. Savannah’s tour is not as longstanding, extensive or developed as Charleston’s, in part, because the preservation movement in Savannah took hold much later there than in Charleston. For us, the best part of the Savannah tour we attended in 2016 was the tour of the evocative Bonaventure Cemetery, with its elaborate monuments and live oaks draped with moss.