It’s a long winter here in northern New York State. Now that it’s warming up, we look forward to our local outdoors farmers markets that will spring to life in May.

We were lucky to get an early taste of some outstanding California farmers markets during a visit to Los Angeles (including Santa Monica) and Santa Barbara in March. No visit to southern California is complete, in my opinion, without a visit to one of the region’s fantastic farmers markets. (N.B. Per the AP Stylebook, I’m not using an apostrophe in “farmers markets” because it’s a descriptive, not possessive, phrase.)

I’m sharing some of my photos from two of those markets — one, in Santa Monica (said to be the largest farmers market in the state), and the other, in Santa Barbara.

Santa Monica hosts several farmers markets, but the most well-known is downtown, on Wednesdays, where over 75 farmers spread out over a square made up of four city blocks. It is literally a feast for the senses. We were told that chefs converge on the Wednesday market, selecting produce and ingredients for their restaurants. 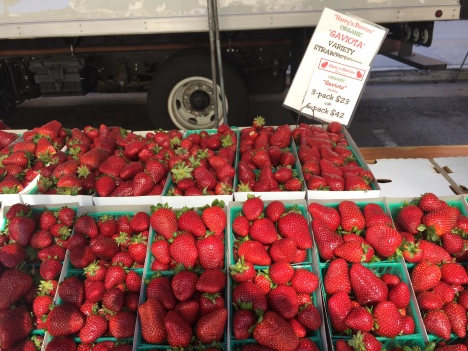 Several varieties of strawberries—bursting with flavor, and so perfectly formed they didn’t look real! 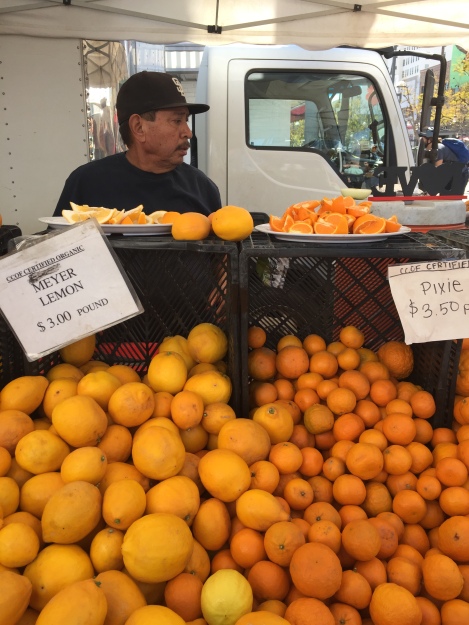 We saw (and sampled) a wide array of in-season citrus, including these large Meyer lemons. 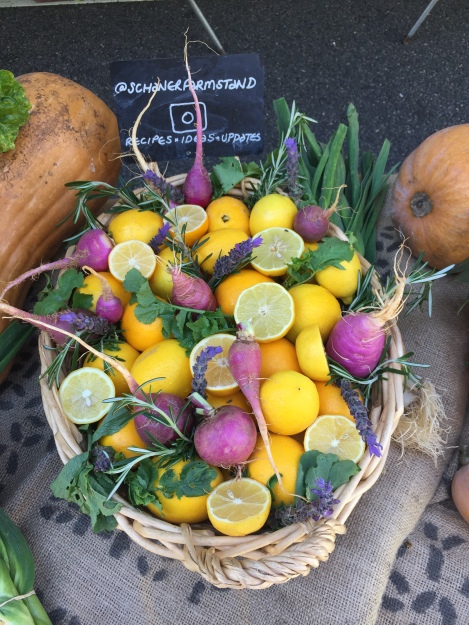 The dark green objects in the basket are emu eggs. The squash is Tahitian squash. Who knew? 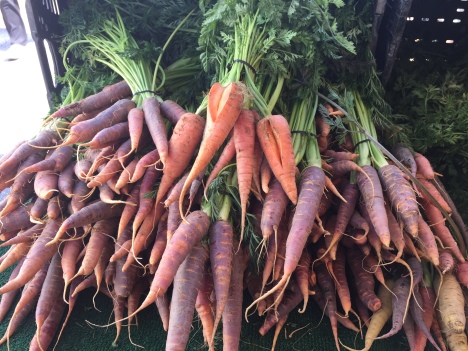 Many hues of carrots. 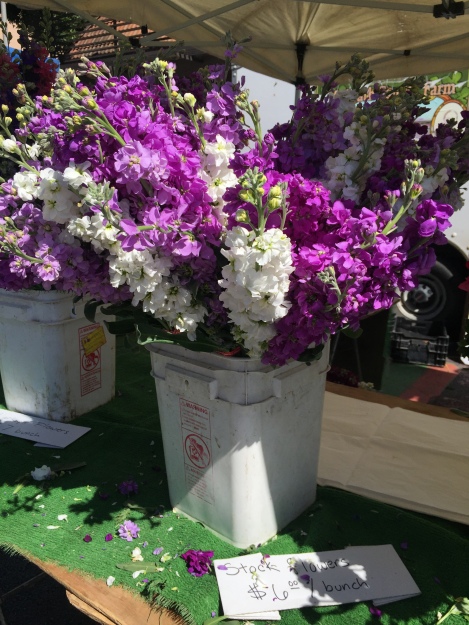 Ranunculus. (Or is that ranunculi??) 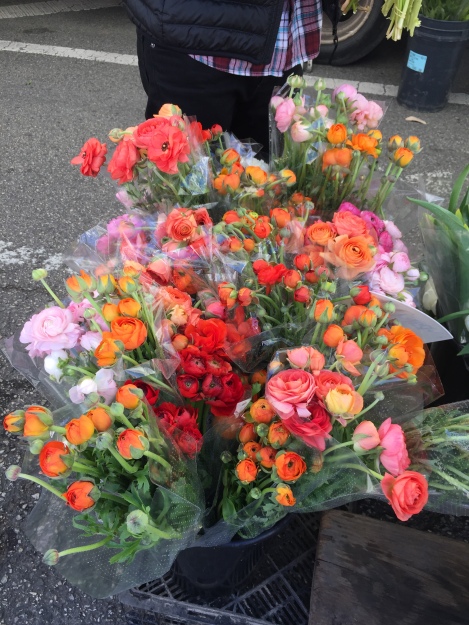 On to Santa Barbara, about a two-hour drive (depending on traffic, of course) north of Los Angeles. The city is nestled between the Pacific Ocean and the dramatic Santa Ynez mountains. It offers an interesting, walkable downtown, beaches, many performing arts venues, an historic Spanish Mission, and numerous wine tasting opportunities hosted by wineries whose vineyards are located on the other side of the mountains, in the Santa Ynez Valley. And of course, there are the farmers markets. We hit the Tuesday downtown market. 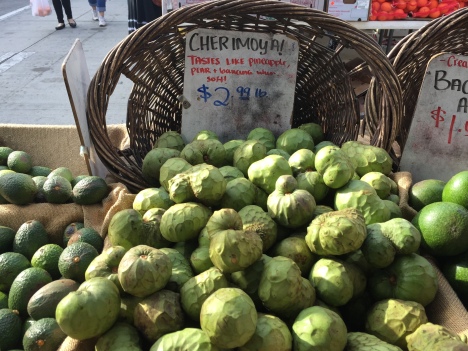 This was a new fruit for us— cherimoya. We chose a ripe one and sampled it the next morning at breakfast. We cut it open and scooped out some flesh. Not my favorite, but it would do in a pinch. 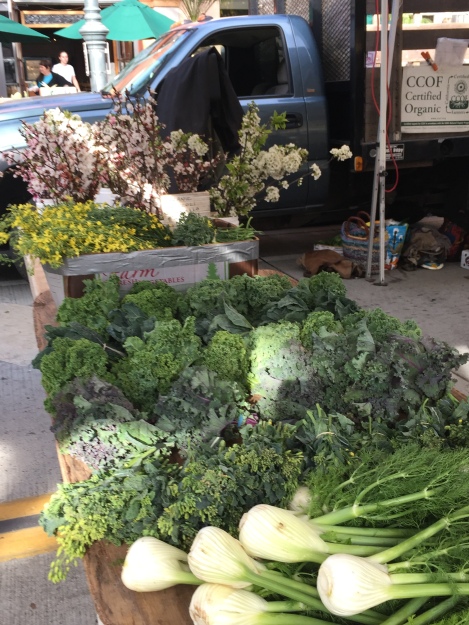 These large, tall varieties of orchids were only $20 each.

If you’re traveling to southern California, I urge you to make a point of finding out the locations and dates of the farmers markets. This is easy to do just by “googling.” Even if you’re visiting and staying in a hotel, with no cooking facilities, you can still buy fruit and vegetables, and of course, fresh flowers!