Note from Sandra: I’m pleased to share with you a piece written by my husband, Mark Frost, which appeared in the June 1 issue of The Chronicle Newspaper.

Last year by chance, my wife Sandra and I happened on Community Day at Hildene in Manchester, Vermont. It was great, and it was free. The 2017 Hildene Community Day is Sunday, June 11, from 9:30 to 4:30. 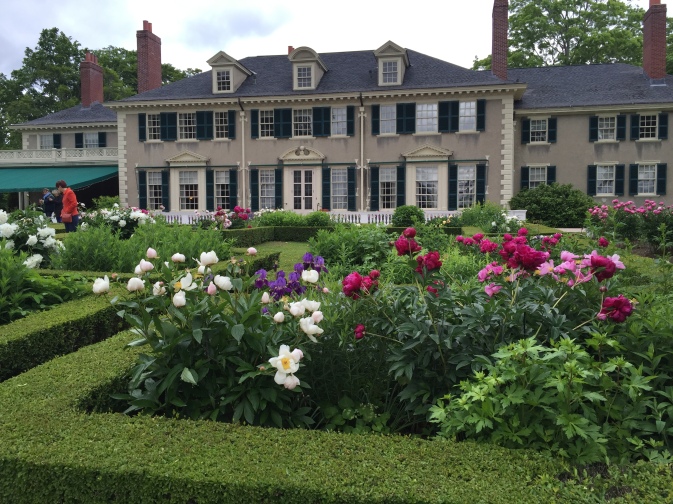 The Hildene gardens are known for their spectacular display of peonies in June. They were in all their glory during last year’s Community Day.

Here’s some of why we loved it:
1. This is the house that Robert Todd Lincoln, Abraham Lincoln’s son, and his family lived in and where he died in 1926. The home looks as it did at that time. 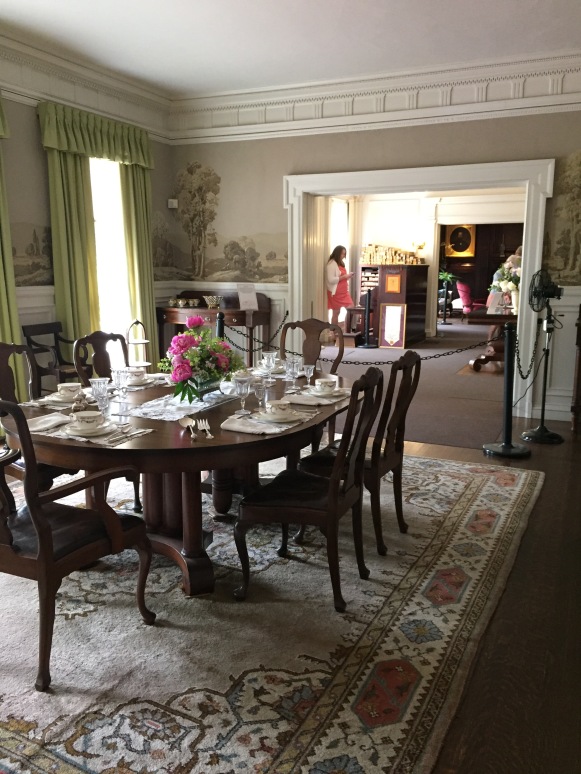 An interior shot of the formal dining room. In the next room, the console of the 1,000-pipe Aeolian organ is visible. It was installed in 1908 as a gift from Robert Todd Lincoln to his wife, Mary. Many of the over two hundreds music rolls are still used today to play the organ. 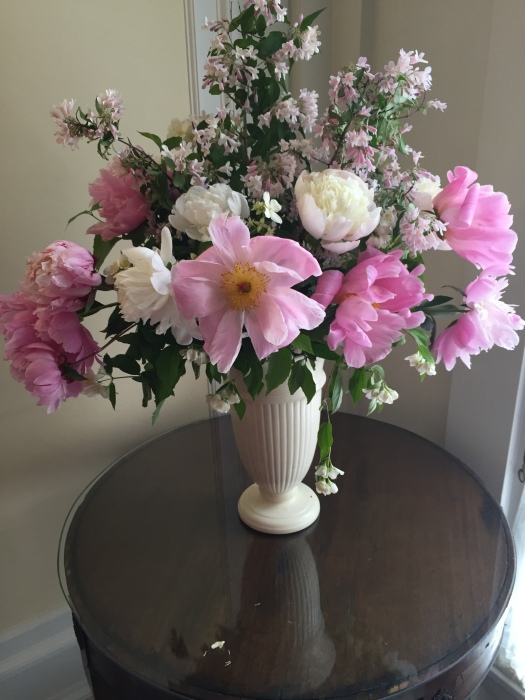 In June, the home is filled with beautiful arrangements of peonies and other flowers from Hildene’s gardens and property. 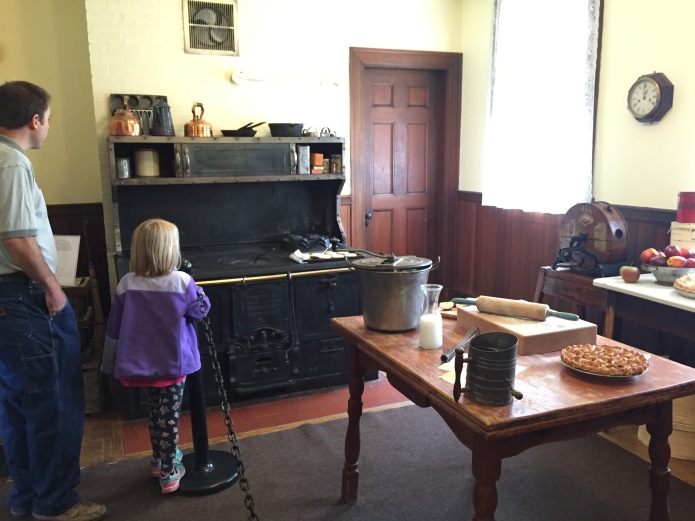 The kitchen is set up as it would be used in the early 20th century.

2. There is a small but significant Abraham Lincoln museum in a room of the house. You see notes hand-written by our greatest President, a top hat he wore, a newspaper clipping with a nine-deck headline that starts “Terrible News” and ends “Very Latest—The President Is Dying.” 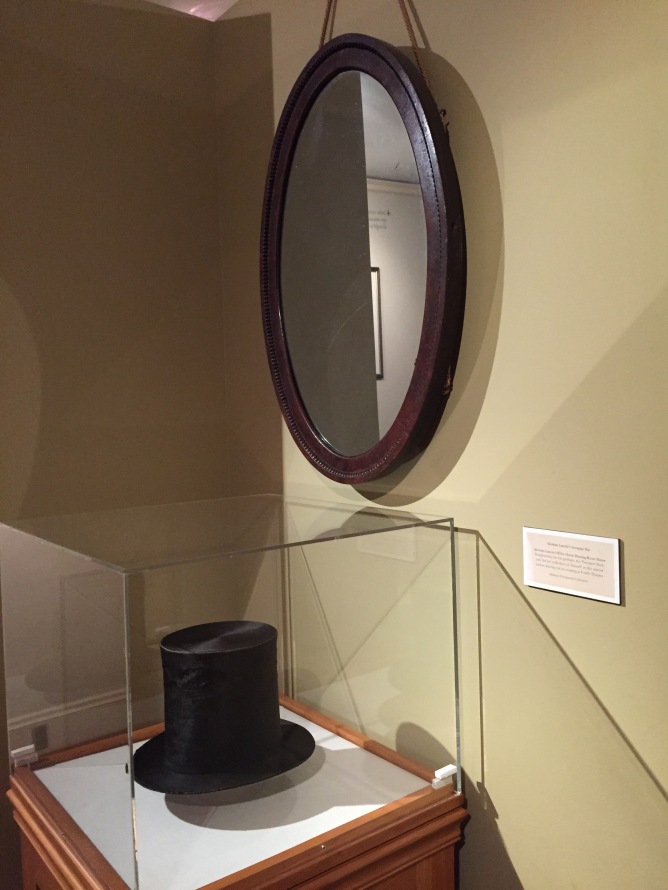 3. The garden and grounds and surrounding Green Mountains are gorgeous. 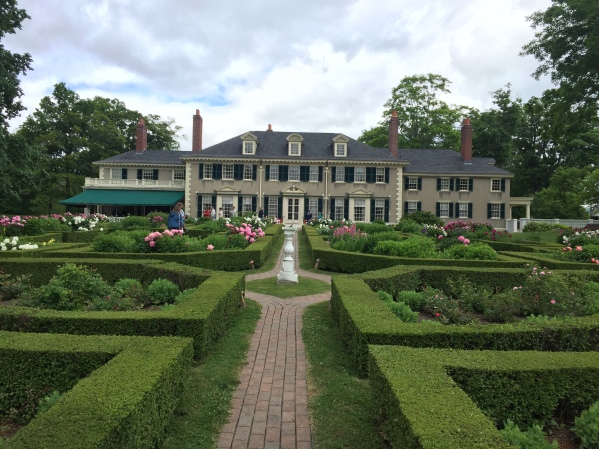 Looking at the rear of the home from the formal gardens.

A panoramic view looking from the rear of the home out towards the formal gardens. 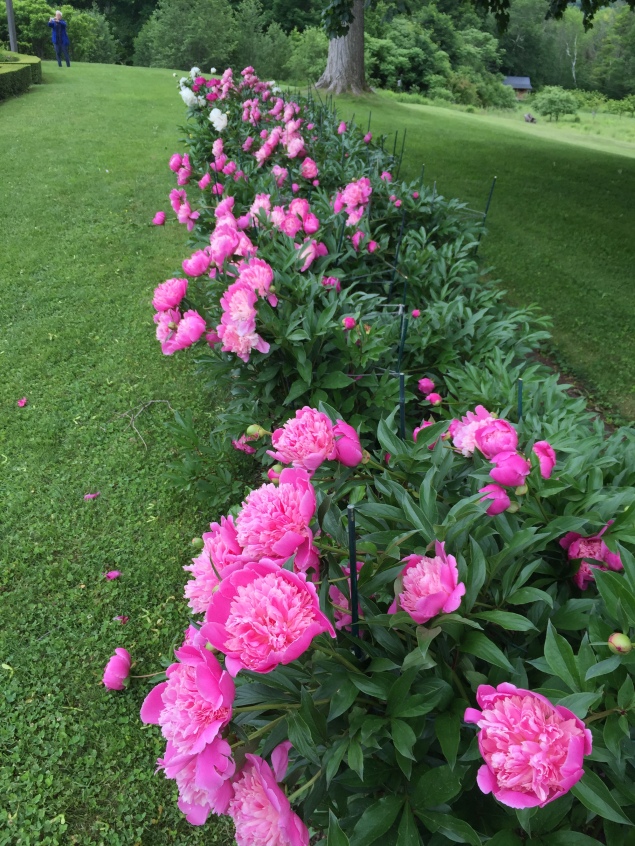 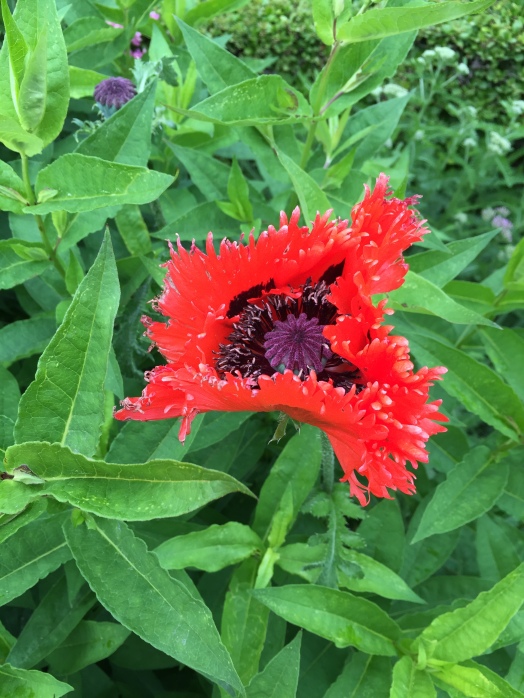 You might spy some brilliant poppies in bloom among the peonies. 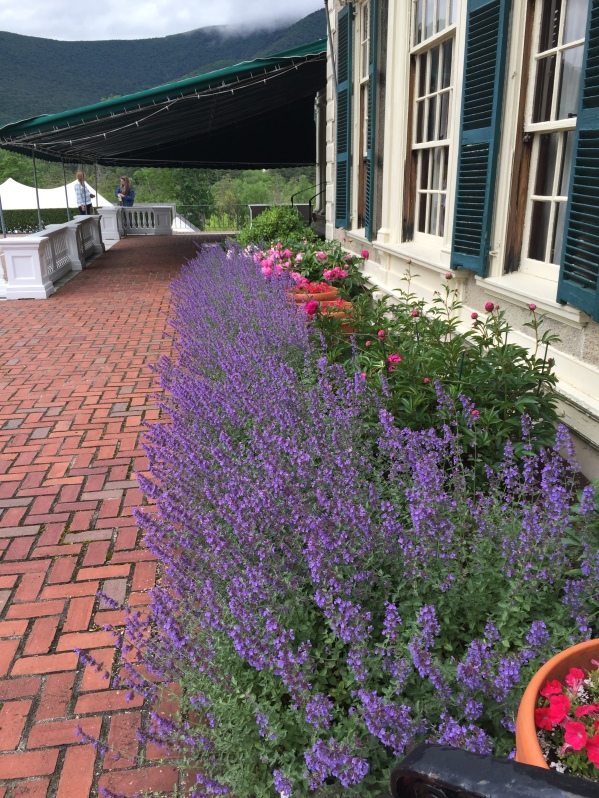 Nepeta in bloom along the rear of the home. 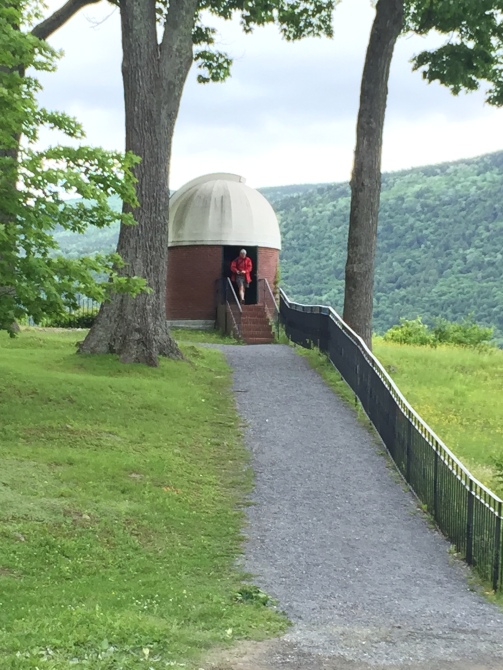 There’s even a small observatory on the grounds.

4. Hildene in recent years has added a handsomely restored Pullman (sleeper) train car to the grounds. Why? Because Robert Todd Lincoln served as the Pullman Company’s president.
The handsome Pullman isn’t just here to be admired for its looks. Hildene takes the opportunity to delve into complicated history. The men who worked on the Pullman cars were Negroes. They were precious jobs, but the museum dispels the notion that it was wonderful employment.
Wall murals tell of bitter strikes and labor strife. A book excerpt superimposed on a life-size photo reads: “Long hours, poor pay, and in some instances, inhuman treatment are three ruling features of the position as far as the porter is concerned.”
That the grievances were against the company headed by President Abraham Lincoln’s son adds layers of complexity.

1903 Pullman Palace Car Sunbeam on the grounds of Hildene 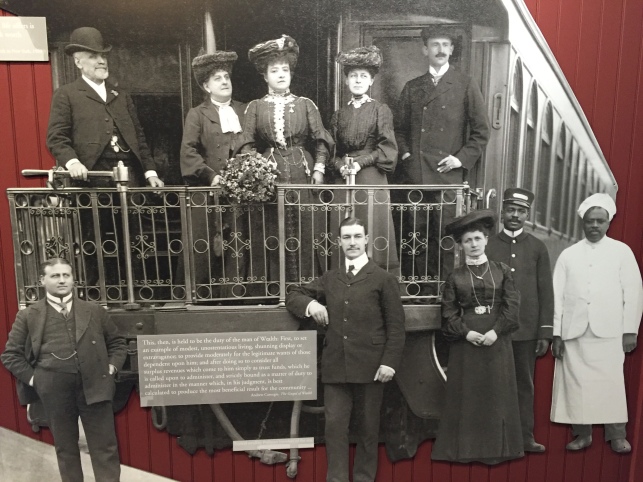 5. The Community Day is staffed by a bevy of grass-roots Manchester volunteers — knowledgeable, enthusiastic, rooted, regular people that you might forget populate a city better known for well-heeled seasonal condominium owners and upscale outlet shops.
I was really impressed by the genuineness of the volunteers we met last year, and we learned that it was these locals who saved Hildene turned into this ongoing not-for-profit historic site.
It’s an important, evocative place — and a worthy community endeavor. Admission is ordinarily $20 for adults — and worth it. But Community Day is free. Click here for Hildene’s Web site.

2 thoughts on “Community Day at Hildene, in Manchester Vermont”