Near Kendal, in Cumbria, on the southern edge of England’s Lake District, lies Levens Hall, with its extensive topiary garden, said to be the oldest and most extensive garden of its type in the world. 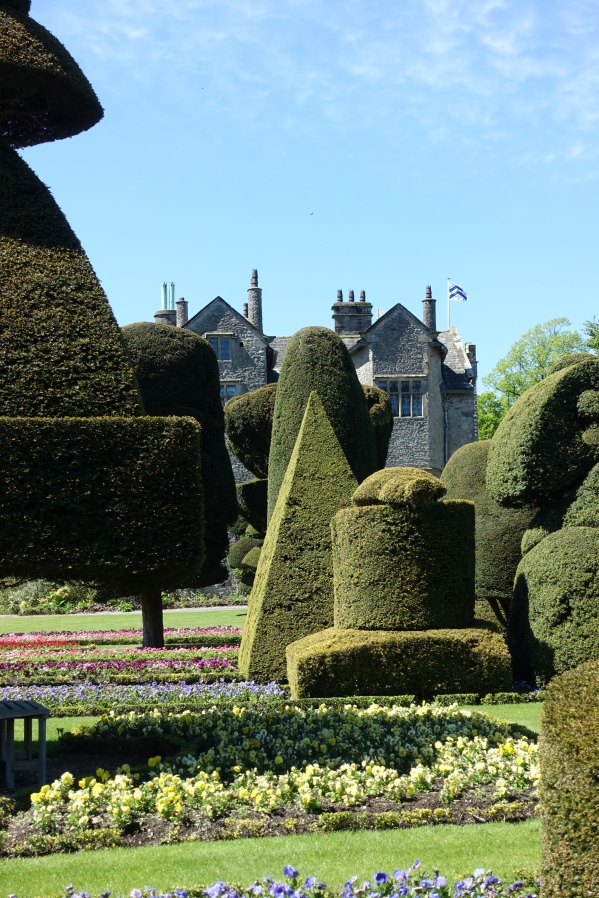 Levens Hall itself is still a private residence, home to the Bagot family, but it and the surrounding gardens are open to the public (for a fee) from spring to fall. Photographs are not permitted inside the home, so unfortunately, I have none to share. The original home was built circa 1250 to 1300, and subsequent additions turned it into the sprawling manor house that visitors see today.

The home includes collections from Sir Charles Bagot, who married Lady Mary Wellesley, niece of the Duke of Wellington, who of course, defeated Napoleon at the Battle of Waterloo in 1815. It is because of this connection that the Levens Hall collection includes a number of items relating to the Duke, including a clasp with interlocking gold bees, said to be from Napoleon’s cloak. 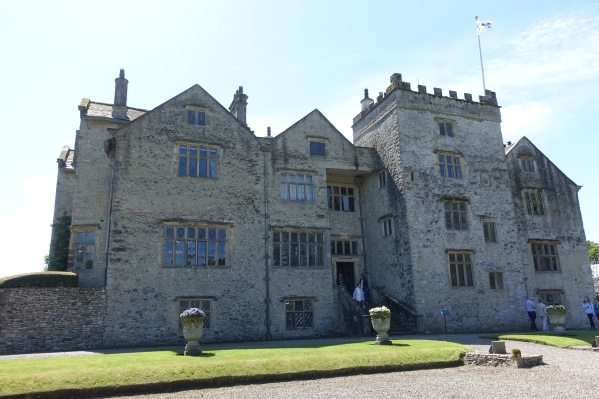 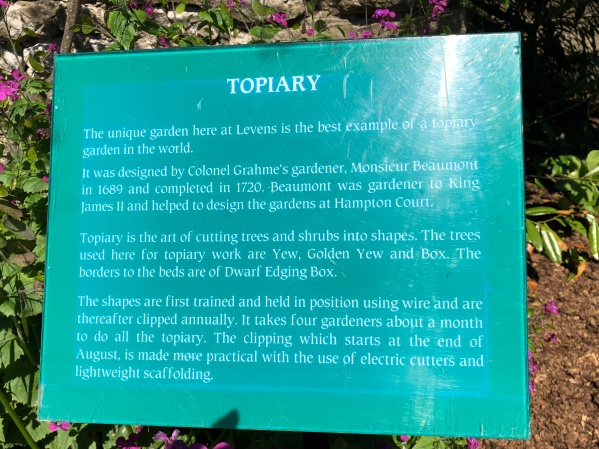 The topiaries are of yew and box. 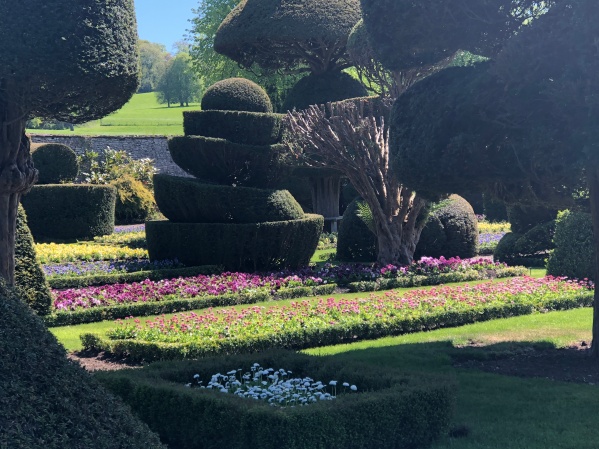 Many of the topiaries resemble giant chess figures. 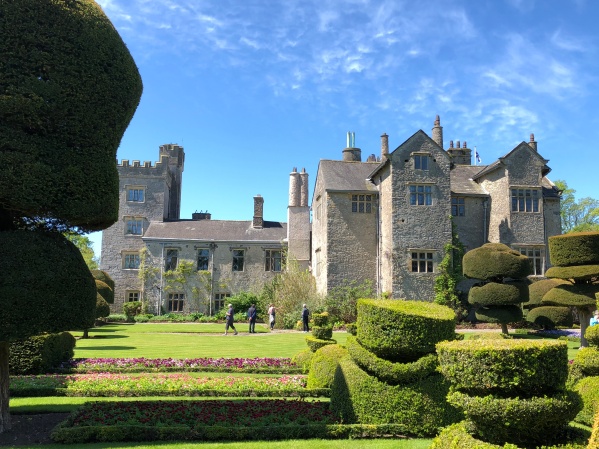 The gardens were originally laid out in the late 17th century, and portions have remained intact for well over 300 years. 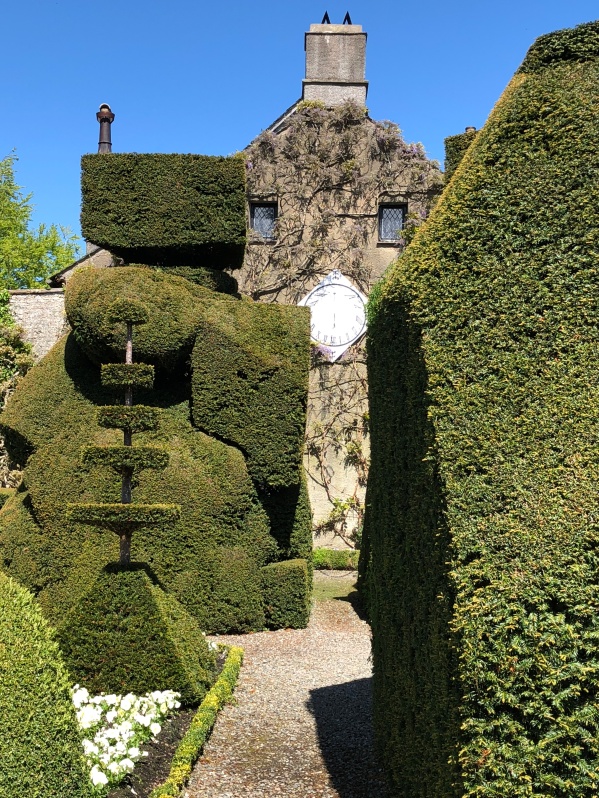 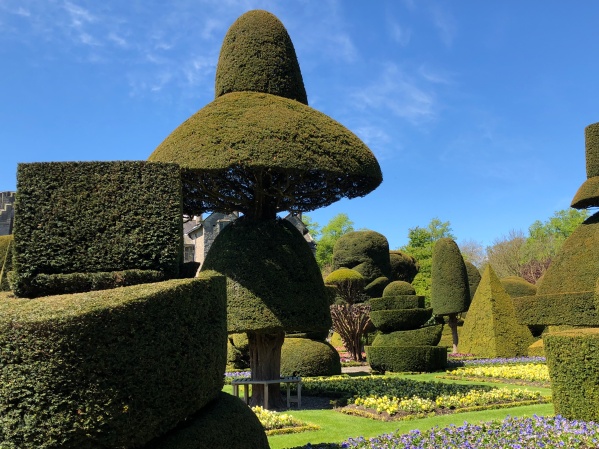 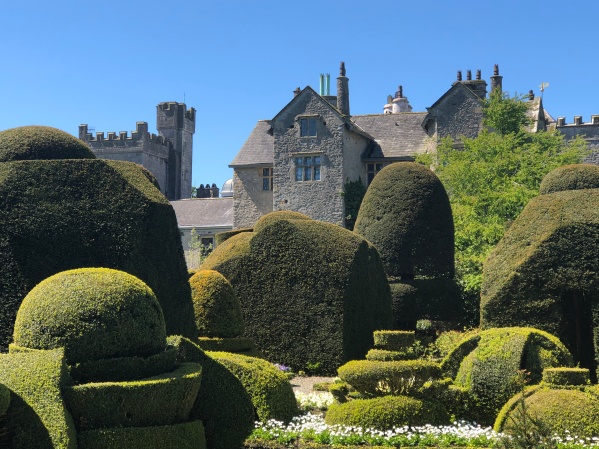 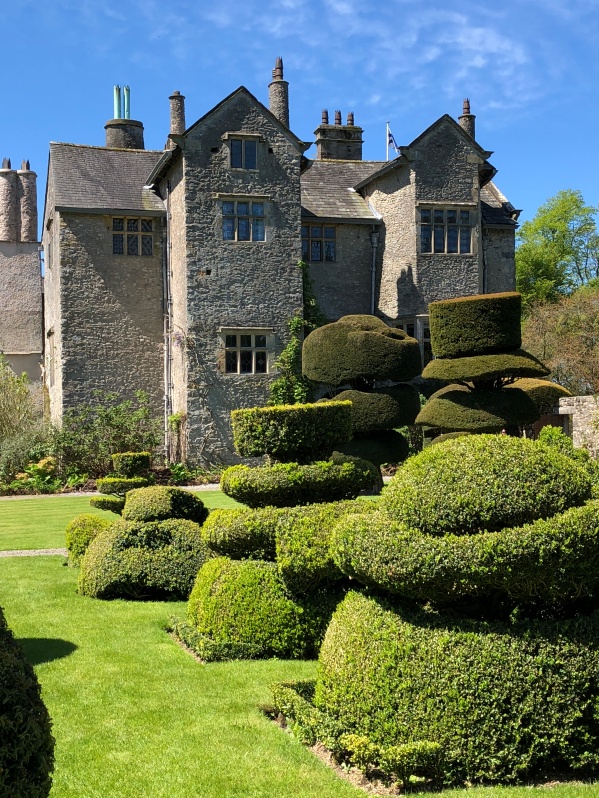 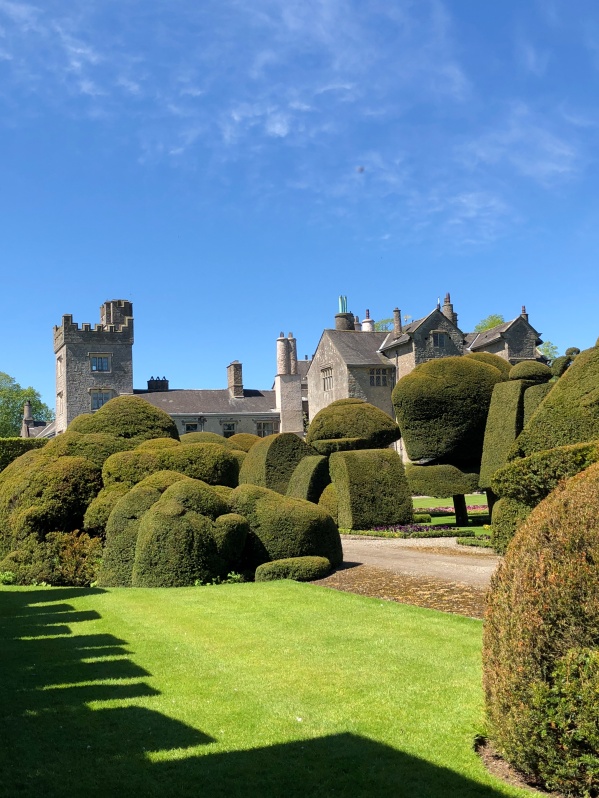 I love the shadow of the hedge to the left of this photo.

Walking around the grounds of Levens Hall, I happened upon an open, grassy area called the “bowling green,” with several people dressed in whites, playing croquet. They asked me if I’d like to “have a go.” Turns out, it was National Croquet Day and the Westmorland Croquet Club was offering free lessons. 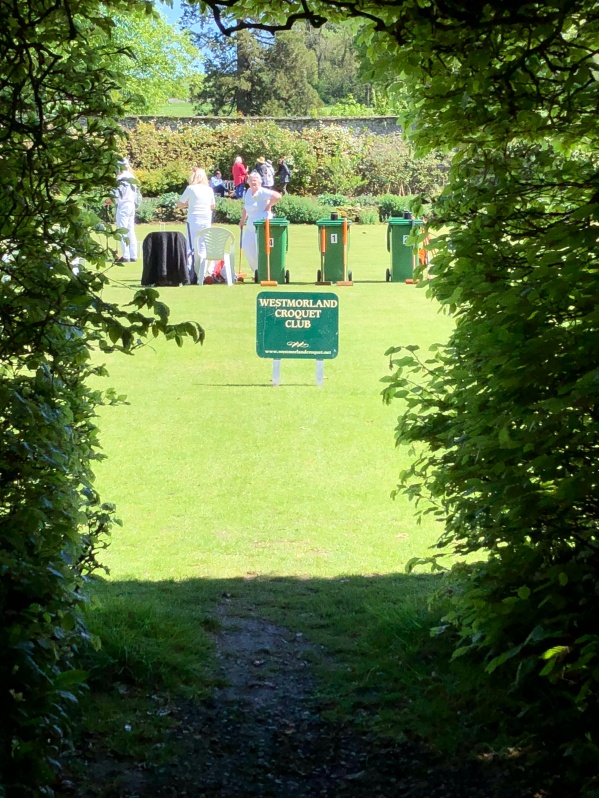 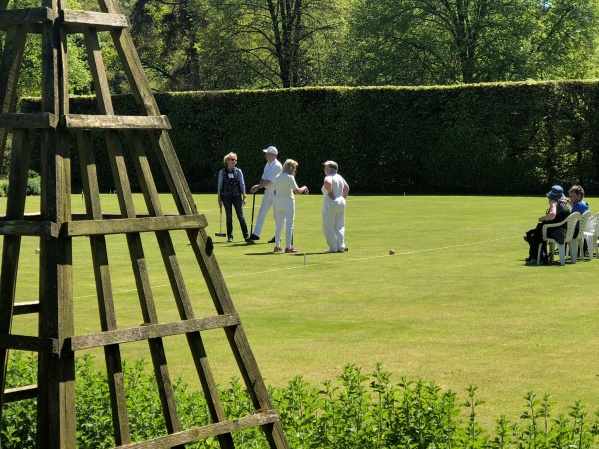 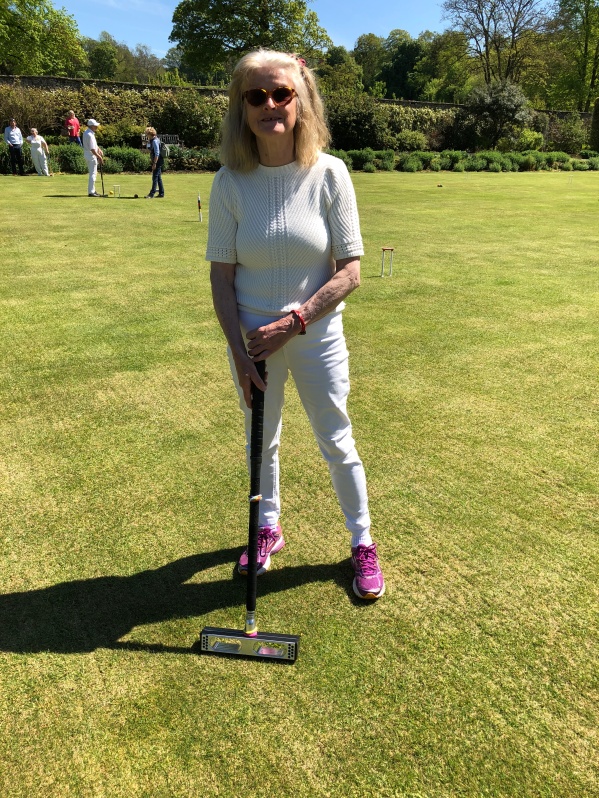 This lovely lady instructed me on the proper use of a croquet mallet. Hers seemed pretty high-tech to me. 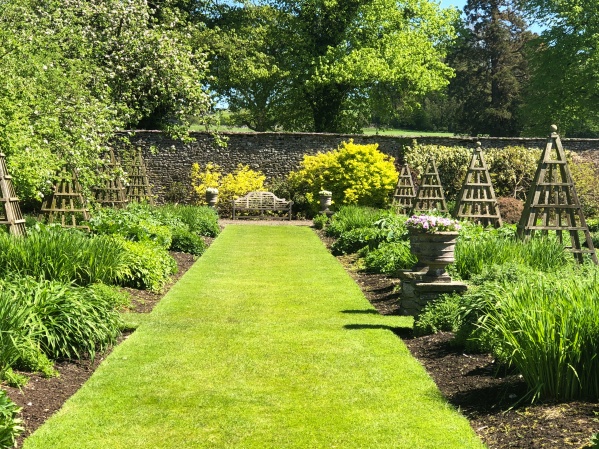 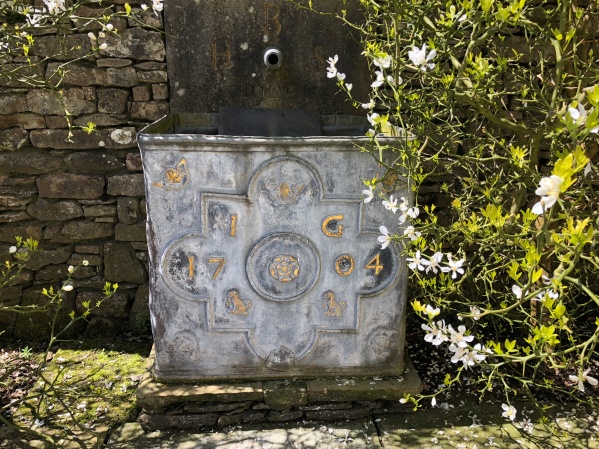 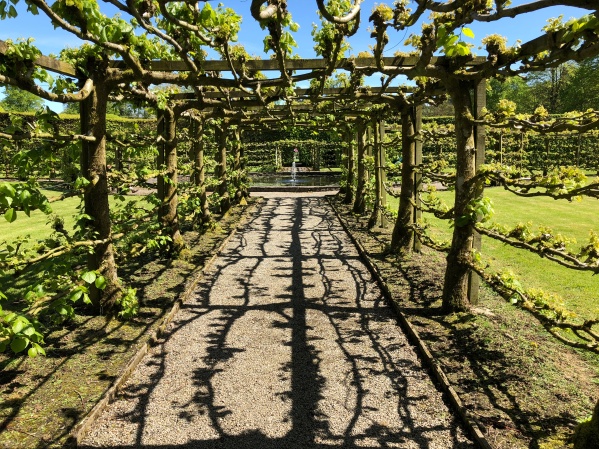 Pleached lime tunnel arbors that radiate off a circular pool with a fountain in the center. 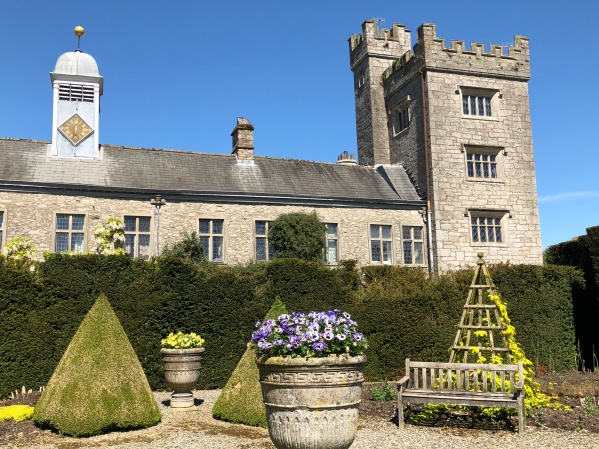 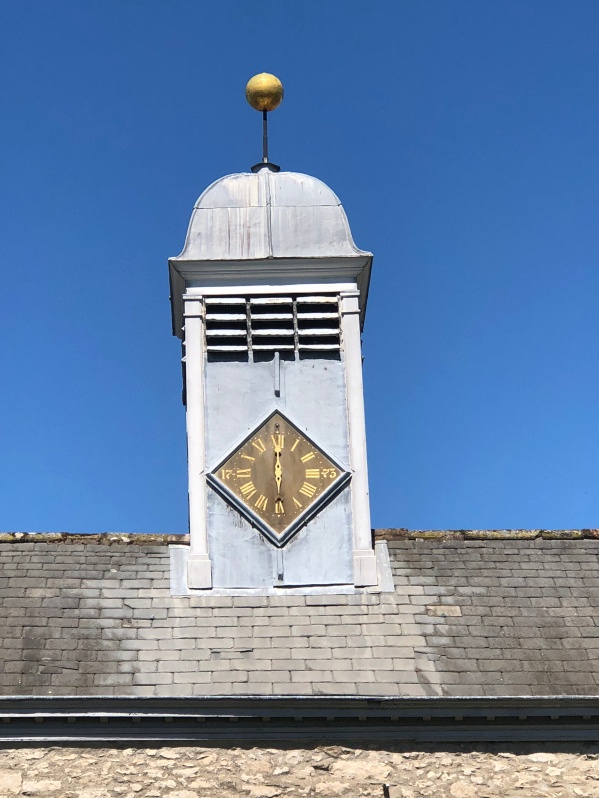 Clock tower on a rear portion of Levens Hall.

Levens Hall is open to the public Sunday to Thursday, from late April to early October. See the property’s Website, here: https://www.levenshall.co.uk for details and pricing. Levens Hall is located 6 miles south of Kendal, in the southern Lake District, Cumbria.

Copyright @ 2020 Sandra Hutchinson. All photos and text on this site are protected by applicable law.