Last Sunday, as my husband was walking out of the house to head downtown to our office, I told him I thought I’d make a fire in our fireplace. He hesitated, and said, “Maybe I should make it for you.”

“Fine, whatever,” said I, knowing from experience that it was best to just give in, not argue, and let him do it.

He went out to the garage, began splitting some wood, and then proceeded to make a fire according to his standard system  — crumpled newspaper, some kindling and split hardwood.

Fact is, he wanted to make the fire because he doesn’t like the way I make a fire. It didn’t even matter that he wasn’t sticking around to enjoy the fire — he just has a problem with my fire making.

Lest you think I don’t know what I’m doing, I was a Girl Scout from Brownie to Senior, even achieving the First Class Scout award. I went away to Girl Scout camp a number of times, and I have made many, many fires, both in fireplaces and out in the woods.

But when I make a fire in the fireplace, I admit I “cheat” a little. I use a couple sticks of Orvis fatwood (pine saturated with sap), or a little wax firestarter from Yankee Candle, called a Kindle Candle. I don’t like going outside to search for tinder or hacking away at a log to get kindling pieces.

That just bugs my husband no end. He doesn’t think any cheating should be allowed. It’s his way or the highway. It’s similar to when for years he wouldn’t give up his Weber charcoal grill when I wanted a gas grill. (He finally gave in.) And when he did use his Weber, he refused to use lighter fluid — he would insert an electric coil under the briquettes to fire them up, even though it seemed to take forever before the coals were ready so we could actually cook on the thing. 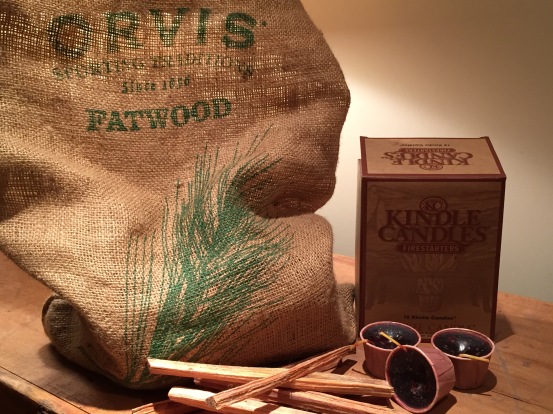 To cheat or not to cheat? Orvis fatwood sticks and Yankee Candle Kindle Candle firestarters.

We even have a difference of opinion on how to light the crumpled newspaper. I think it’s sensible to use a long butane lighter which can safely reach under and into the rear of the crumpled paper. He prefers instead to dig around in a drawer for a little matchbook picked up at some restaurant and use a tiny paper match. I’m convinced at this point that he does it just to irritate me since he knows I have stored the butane lighter (I think it’s even called a firestarter) in a convenient spot inside the large basket that holds split wood on the hearth. 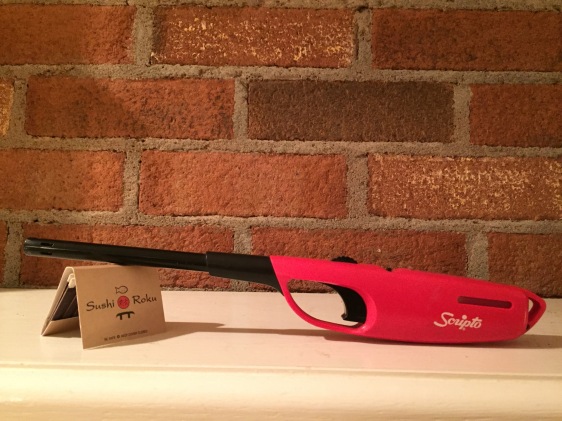 Once the fire really gets going my husband will kind of strut around, proud as a peacock, saying things like “How about that fire?” Or it’s really roaring now, isn’t?”

I will then dutifully exclaim “Oh, it’s the best you’ve ever made!” or “No one does it just like you!” or some such thing to reinforce his notion that he’s the very best fire builder and fire maker around.

My husband has been particularly pleased lately because a couple of years ago we had a number of large hardwood trees taken down on our property, had them cut into shorter pieces, and split. The wood has been aging nicely in a huge stack out back. So we have a good supply of well-seasoned wood, which, as my husband repeatedly points out, is key to a good fire, in addition to the proper fire starting technique. And he just loves the fact that his fires are fueled by trees grown on our own property.  “Not only did I make a great fire, but that wood is from our own trees!”

Increasingly, I just let him make the fires and don’t bother with it at all. It makes him happy. And, I have to admit, he really does know how to make a great fire.

2 thoughts on “How to make a fire”

Photo taken of original at the Norman Rockwell Museum in Stockbridge, Mass.