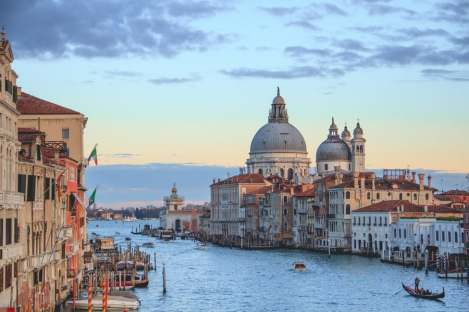 One of my “blogger friends,” Janet Simmonds, who publishes an elegant blog called The Educated Traveller, recently posted fascinating material about the origin of the word “quarantine.”

Janet splits her time between her native England and Italy, primarily Venice. She explains that beginning in the 14th century, various “plagues” arrived in Venice, decimating the population. In the early 16th century, the Venetians set aside an island in the lagoon where arriving ships would be isolated for forty days, which was the length of separation believed to be necessary to be prevent the spread of disease through the population. The Italian word for forty is “quaranta.”

I hope you will give Janet’s blog a read. Here is the link to her fascinating article entitled Venice — Health, Quarantine and Santa Maria Della Salute.