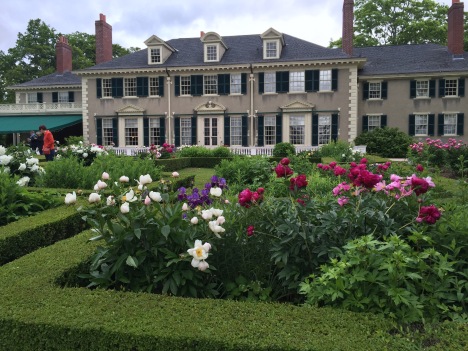 The property is currently closed due to the coronavirus pandemic. Since visitors aren’t allowed, and the peonies are undoubtedly budding now and preparing to bloom, I thought I’d share some of my photos from a prior visit during June.

According to information on Hildene’s web site, the formal garden was designed by President Lincoln’s granddaughter, Jessie Lincoln, for her mother, Mary Harlan Lincoln in 1908.

Says Hildene: “Archival documents suggest that Robert Lincoln collaborated with his daughter in bringing the garden to life. The pattern is that of a stained glass window; the privet representing the leading, the flowers the glass. As a young woman, Jessie had seen such windows in the cathedrals of Europe as well as the parterre design in gardens.

Proof that Hildene’s are heirloom peonies, came with the discovery of correspondence from Robert Lincoln dated November 9, 1905 and bearing the following directive, “There is at the express office, Manchester Depot, a box addressed to me from Paris, France. It contains peony roots.” This was proof positive that the peonies were more than one hundred years old, making them centennial cultivars.

Research also revealed that while Mr. Lincoln handled the financing, it was daughter Jessie, who was primarily responsible for the design, placing orders and planting the garden. Jessie Lincoln’s plant list, which included many peonies, further confirmed the age of the garden. The prestigious American Peony Society designated two of Hildene’s peonies, “Hildene” and “Jessie Lincoln,” as previously unidentified cultivars. The research that led to this honor took place in the Observation Garden located behind the the Welcome Center.” 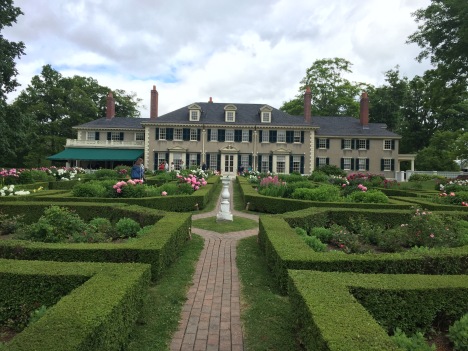 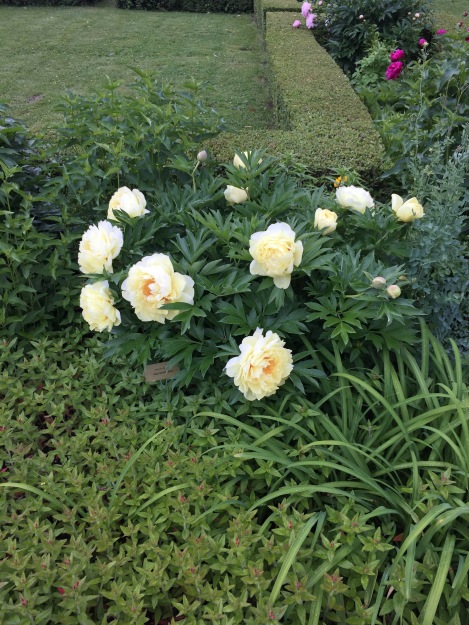 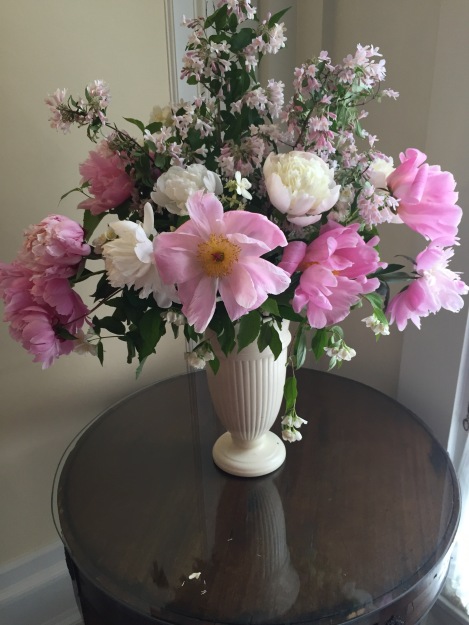 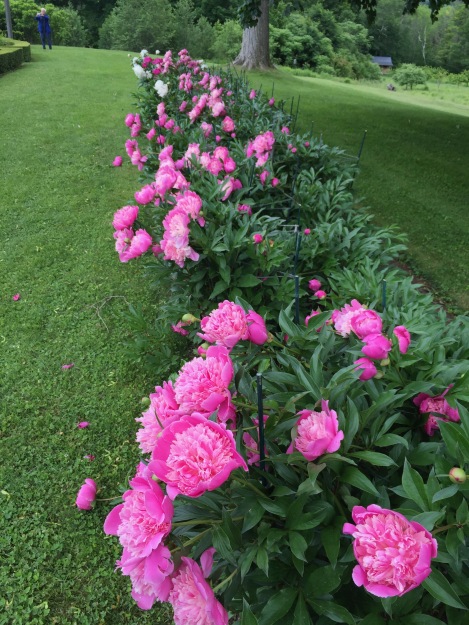 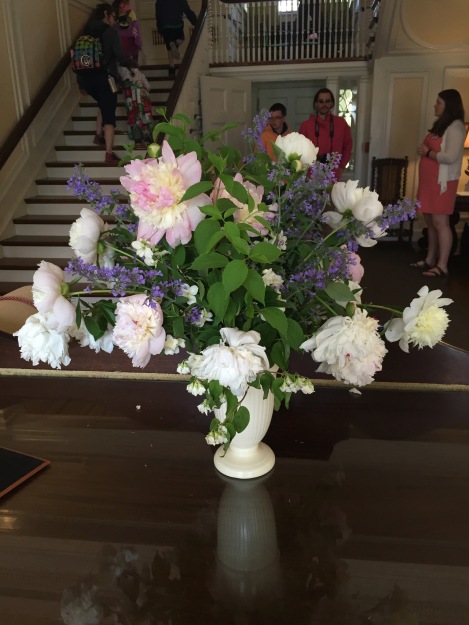 Let’s hope the property reopens this summer. Find information on Hildene at its web site: https://hildene.org. In addition to the gardens and historic house museum, there are hiking trails, a farm and goat dairy, an historic observatory and a 1903 wooden Pullman car, representing Robert Lincoln’s position as President of the Pullman Company. The estate comprises over 400 acres — It is a lovely place to spend a day.