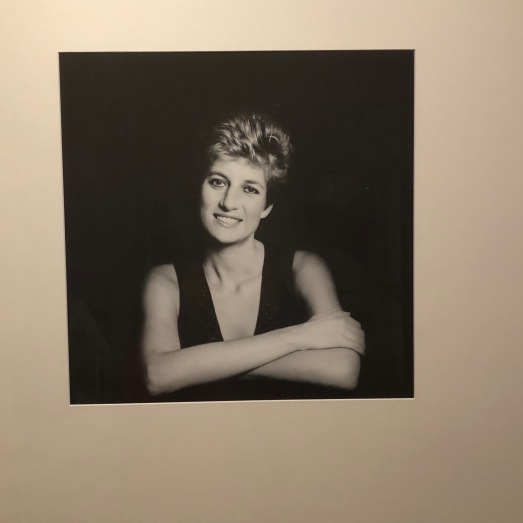 While in London in May, 2018, I visited the popular exhibit “Diana: Her Fashion Story,” at Kensington Palace, the late Princess of Wales’s former home.

The exhibit includes outfits, largely dresses, worn by Princess Diana, and follows her style progression from tweed suits, tartan dresses and over-the-top “Dynasty” glam gowns to the more sleek, body-fitting and sophisticated attire that Diana was known for during the last years of her life.

The placards on the walls include quotes from designers about Diana and her style—once in the public eye, Diana knew that everything she wore would be scrutinized, and she tried to make statements through her choices. The designer of each dress or outfit is identified, as are the most well-known occasions and dates when Diana wore the garments.

Since opening during the winter of 2017, the exhibit has been changed up a bit— it now includes the flak vest, denim sleeveless shirt and Armani chinos Princess Diana wore to the land mine fields of Angola in 1997, as well as the pink suit she wore when she boarded the train to begin her honeymoon in 1981.

Here is a selection of photos I took inside the exhibit, including some of the explanatory text. 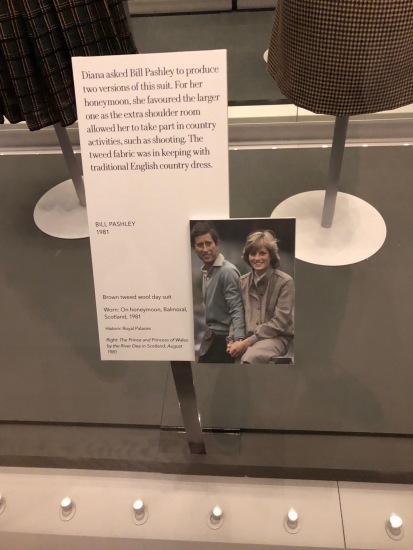 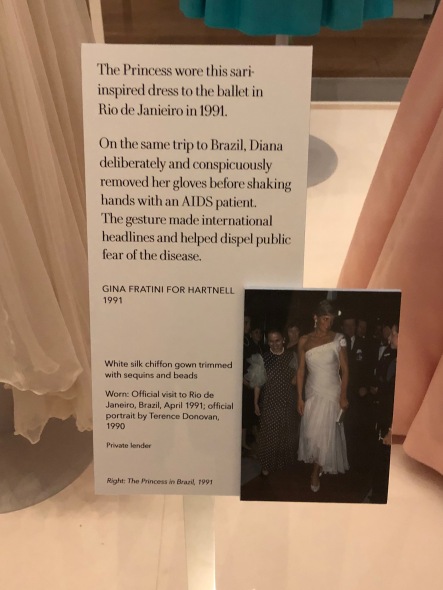 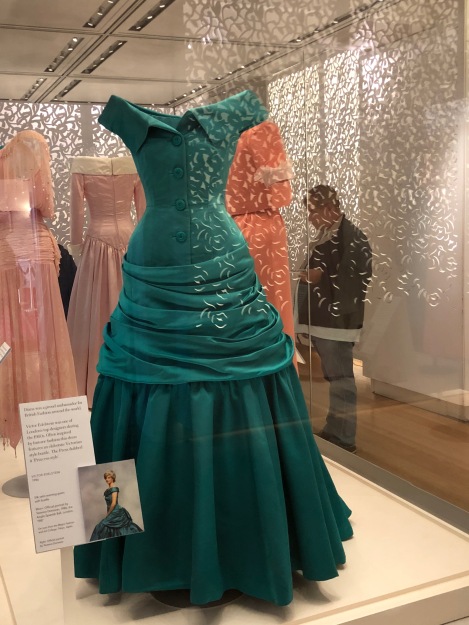 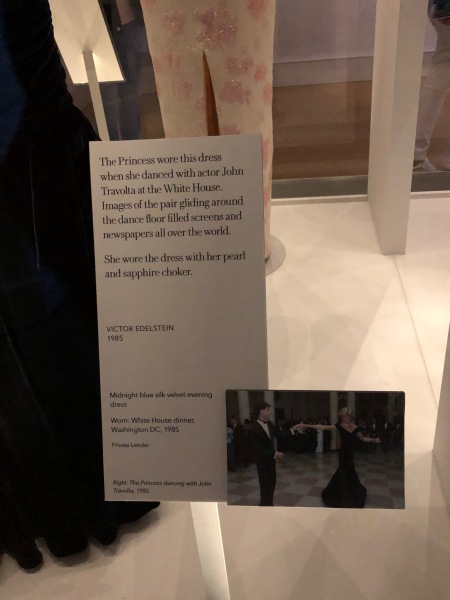 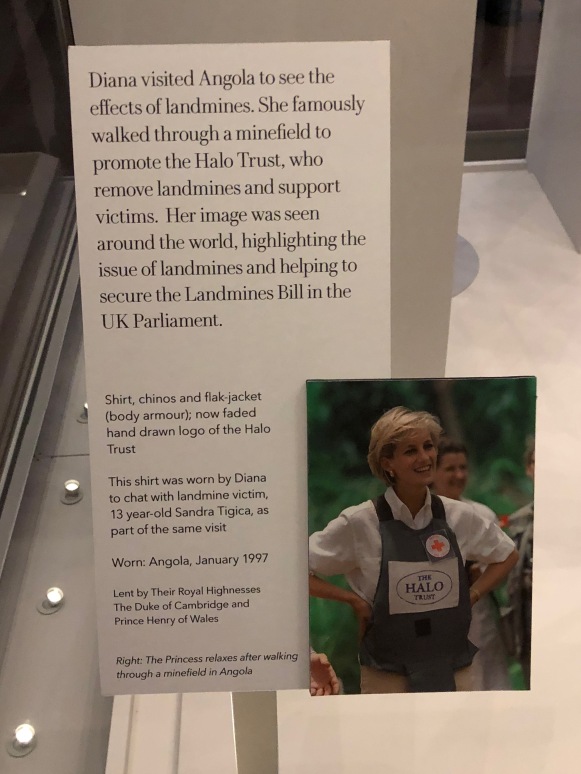 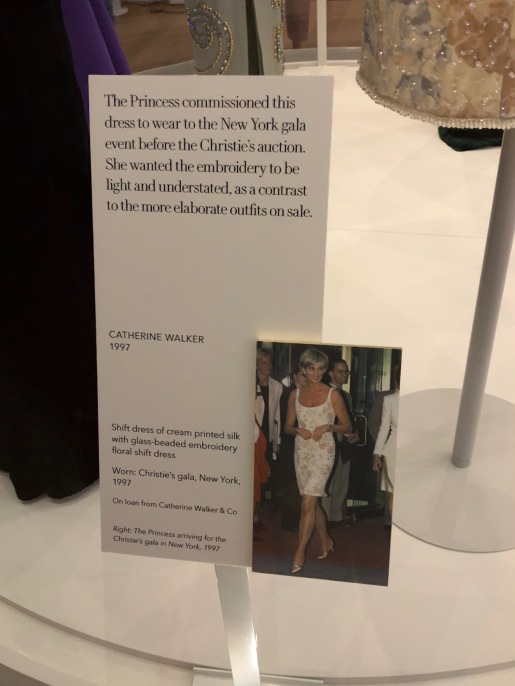 If you wish to view the exhibit, I recommend purchasing tickets ahead of time on the Historic Royal Palaces Website: http://www.hrp.org.uk. Online tickets must be printed ahead of time since there is no pick-up option at the palace. Here’s a link to the ticket portal. There is high demand to see the exhibit and dates do sell out, so ordering ahead, online, is best. Tickets have specific entry times.

Your ticket to the palace includes the Diana exhibit, as well as the public portions of the palace: The King’s Apartments, The Queen’s State Apartments, “Victoria Revealed” (in the apartment where Queen Victoria lived until ascending the throne and moving to Buckingham Palace in 1837—a must-see, especially if you’ve seen the PBS series, “Victoria”), and the exterior gardens, including a close-up view into the Kensington Palace Sunken Garden, where Prince Harry and Meghan Markle announced their engagement.

I had a nice chat with one of Kensington Palace’s skilled gardeners, Jude, at the top of the steps where Prince Harry and Meghan Markle announced their engagement. Jude told me she mistakenly “photo-bombed” the couple, as she was working at the garden the day of the surprise photo shoot, and she can be seen in the rear of some of the engagement photos!

Here are a few views looking into the Sunken Garden. Jude, the gardener, told me it is not open to the public for strolling, but is intended to be viewed from the perimeter.

A fun mention: in one of the hallways to the restrooms in Kensington Palace, I discovered this bespoke Princess Diana wallpaper. Wow. 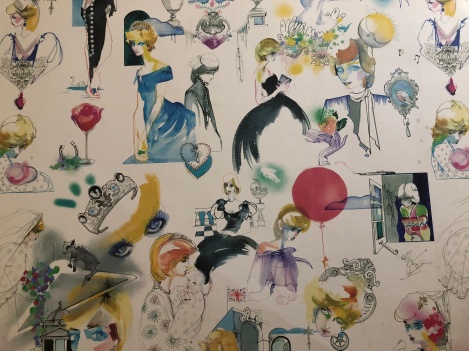